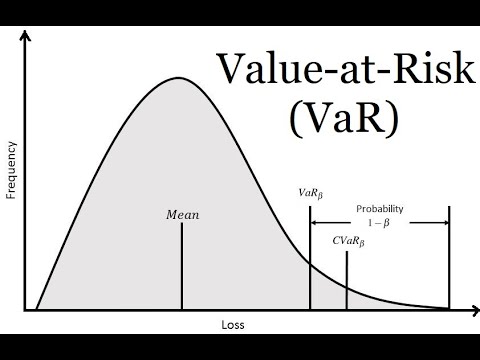 Everybody is subject to many sources of risk which can be broadly defined as the degree of uncertainty about future net returns and can be segmented in credit risk,market risk, model risk, operational risk and liquidity risk.

VaR is a number that indicates how much an organization or person can lose with a probability over a given period of time horizon and are applied in risk management, to evaluate the risk assumed by investors and for regulatory requirements. It is defined as the maximum potential change in value of a portfolio of financial instruments with a given probability over a certain horizon (Manganelli, Engle, 2001).

VaR is highly applied in the financial market, not only because VaR reduces the market or credit risk associated with any portfolio to just one number, the loss associated to a given probability but also because the Basel Committee on Banking Supervision (1996) at the Bank for International Settlemenets imposed to financial institutions such as banks and investment firms to meet capital requirements based on VaR estimates.

Reasons to manage financial risk: All financial innovation involves, in one form or another, the creation of debt secured in greater or lesser adequacy by real assets…. All crises have involved debt that in one fashion or another has become dangerously out of scale in relation to the underlying means of payment (galbraith, 1993)

Real Estate Portfolio Managers should consider that real estate returns are fat tails; from a point of view of the risk manager, inappropriate use of the normal distribution can lead to an understatement of risk, which must be balanced against the significant advantage of simplification. From the central bank’s corner, the consequences are even more serious because we often need to concentrate on the left tail of the distribution in formulating lender-of-last-resort policies. Improving that characterization of the distribution of extreme values is of paramount importance (Greenspan, 1995).

And it is possible that financial market movements are inherently characterized by fat tail distributions. VaR models need to be buttressed by the application of stress test techniques which consider the impact of extreme movements beyond those which the model suggests are at all probable (Turner, 2009).

The computation of Value at Risk has traditionally been a troublesome issue in commercial real estate. Difficulties mainly arise from the lack of appropriate data, the non-normality of returns, and the inapplicability of many of the traditional methodologies. As a result, calculation of this risk measure has rarely been done in the real estate field. However, following a spate of new regulations such as Basel II, Basel III, NAIC and Solvency II, financial institutions have increasingly been required to estimate and control their exposure to market risk. As a result, financial institutions now commonly use “internal” Value at Risk (VaR) models in order to assess their market risk exposure (Amédée-Manesme, et al. 2015).

The worldwide adoption of the Basel II Accord in 1999 and near completion today (Basel III must be applied for 2019) gave further impulsion to VaR. Baslel committee has required that banks compute periodically their VaR and maintain sufficient capital to pay the eventual losses projected. Unfortunately, there is not one measure of VaR because volatility, which is a fundamental component of VaR, is latent. Therefore, banks must use many VaR models to compute the range of their prospective losses.

In real estate field, VaR has been the subject of many papers. However, these papers mainly focus on listed real estate and not on direct real estate. Mainly VaR for listed real estate can rely on previous discussed methods for stocks or bonds. Zhou and Anderson (2010) concentrate on extreme risks and the behavior of REITs in abnormal market conditions. They found that no universal methodology can be recommended for VaR in listed real estate. Also the estimation of the risk for stock and REITs may require different methods. Liow (2008) makes use of extreme value theory to assess the VaR dynamics of ten major securitizes real estate markets. The use of extreme value theory allows the author to consider the stochastic behavior of the tail. Using this tool, the extreme market risk are better assess than with the traditional standard deviation measure and real estate forecasts are more accurate. We did not find any paper that concentrates specifically on VaR in the context of direct real estate market. However numerous papers and research have concentrated on risk management and risk assessment in real estate. Gordon and Wai Kuen Tse (2003) consider VaR as a tool to measure leverage risk in the case of a real estate portfolio. The level of debt of a real estate portfolio is a traditional issue in real estate finance. The paper shows how the use of VaR allows a better assessment of risk. In particular the traditional risk adjusted measure (Sharpe ratio, Treynor’s and Jensen’s alpha) suffer from the leverage paradox. Leverage adds risk along with the potential for higher returns per unit of higher risk. Therefore the ratio risk/return does not change noticeably and is not an accurate tool to measure the risk inherent to the level of debt. On the contrary, VaR is good tool for leverage risk. Brown and

Young (2011) focus their work on a new way to measure real estate investment risk. They begin by refusing the assumption of normally distributed returns that flaw the forecasts and decisions. The nature of risk and how it should be measured is discussed. Interestingly, the value at risk is not retained and the expected shortfall is more recommended. The authors focus therefore their work on spectral measures which is their final recommendation. From our knowledge, the use of Cornish-Fisher expansion to determine VaR in real estate has not been subject of large literature. Lee and Higgins (2009) make use of Cornish-Fisher expansion in the real estate context. They argue that Sharpe performance formula neglects two important characteristics of real estate returns: non-normality and autocorrelation. They apply Cornish Fisher expansion to adjust the Sharpe ratio performance to the non-normality.

Being F:  be an arbitrary cumulative distribution function and the  quantile of F. If F is continus and strictly increasing, then

In other words, VaR at a  confidence level is the lower bound of the set of xR, such that the probability of the loss X being bigger than x is lower than de confidence level. It answers to the following question: “What is the maximum loss over a given time period such that there is a low probability that the actual loss over the given time period will be larger?” (Coruchy et al, 2000). 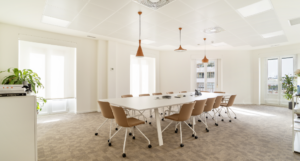 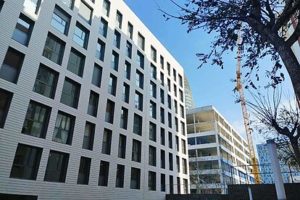 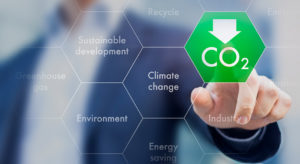